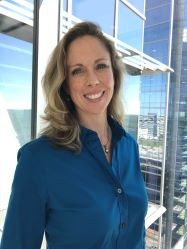 Stephanie began her career at Phillips Petroleum Company in 1998 as a petrophysicist. She spent six years in Anchorage in Geophysical Exploration, Development and Commercial roles. In 2009, she moved to Houston and spent nearly ten years developing ConocoPhillips' Lower 48 assets, including the Bakken and Eagle Ford unconventional reservoirs. Prior to moving back up to Alaska she was Geoscience Manager in the Corporate Center in Houston.