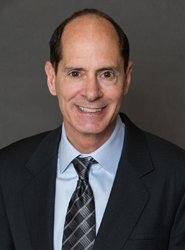 Jon Schultz is Manager, Greater Prudhoe Area for ConocoPhillips Alaska.  His primary responsibility is managing our non-operated interest in Prudhoe Bay and its satellite fields to ensure delivery of the annual expense, capital, and production budgets and the long range plan including successful project development, long term asset integrity and operating efficiency and optimization of reservoir development and depletion.

Jon has over 30 years of domestic and international E&P experience and has held numerous engineering, economic, business development, capital project management and asset management positions.   Jon began his career with Phillips in 1984 as a reservoir and production engineer working the Williston Basin in Montana and North Dakota and following that as a reservoir engineer working gas fields in the Texas and Oklahoma Panhandle.  In 1991, Jon worked as an economist in the corporate acquisitions and divestiture group in Bartlesville, Oklahoma.  Between 1992-1997 he worked in Stavanger, Norway at first as an economist on the commercial team that successfully negotiated Ekofisk license extension and then in the capital projects organization becoming the Deputy Project Manager for the Eldfisk Water Injection project.  In 1997, Jon repatriated to Houston, Texas as the Deepwater Development Manager for the Gulf of Mexico.  In 2001, Jon became the Business Development Manager in Denver, Colorado for the Rocky Mountain Region that had just been formed to pursue coal bed methane opportunities.  Between 2002 -2005 Jon worked as the Joint Venture Manager in Perth, Australia during development of Bayu-Undan and Darwin LNG and had primary responsibility for efforts to initiate development of the Sunrise gas field located in the Timor Sea.  Between 2005-2012, Jon was the Venture Manager for the newly formed business unit in Kuala Lumpur, Malaysia with responsibility for appraisal and development of offshore deepwater oil fields.  In 2012, Jon repatriated to Anchorage, Alaska to assume his current role.

Raised in Denver, Colorado, Jon graduated from Colorado School of Mines with a bachelor degree in Petroleum Engineering in 1983 and graduated from The University of Texas at Austin with a Masters Degree in Business Administration in 1991.

Jon and his wife, Nuchsara, live in Anchorage and have two daughters