With 80 million people a year joining the global middle class, the world needs more petroleum for transportation, and gas for heating and electricity generation. 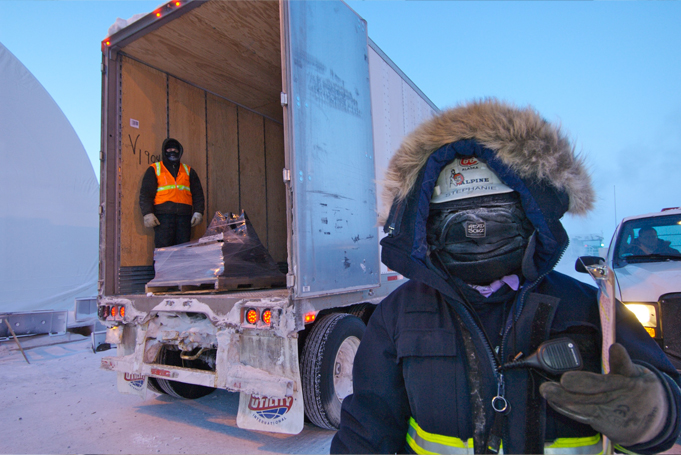 Consequently, we believe that all energy sources will be needed in the future– including those in the Arctic.

The Alaskan Arctic is a high-cost operating environment. The location is remote, the climate is extreme, and the environmental regulations are some of the most stringent in the country. A good resource base exists in the Alaskan Arctic, but the easy oil is gone; getting to the remaining oil will require greater investment and improved technologies.​​​​​​​​​​​​​​​​​

While Alaska’s North Slope is a resource-rich area, developing oil from the North Slope’s legacy fields and new satellite fields has become increasingly challenging, costly and technology-intensive. In addition, our ongoing efforts to renew aging facilities and pipeline infrastructure in order to ensure long-term safety and operational reliability will continue to require significant capital investment. The harsh, extreme climate and inaccessibility of the resources to markets also contribute to the high cost environment. Until 2013, Alaska’s fiscal structure created an unfavorable business climate, which discouraged investment. Since Senate Bill 21 (SB21) passed in April 2013 (and ratified by voters in August 2014), the North Slope has a more attractive business environment which has led to more investment in oil-producing projects than was seen prior to 2013.

ConocoPhillips announced in its 2015 Q4 earnings results that it will book an impairment for the Chukchi Sea leases. Subsequent to that action, the company and its co-venturers jointly decided to relinquish the remaining 61 leases to the Bureau of Ocean Energy Management (BOEM). The relinquishment was accepted by the BOEM on April 26, 2016. Given the current environment, the company’s prospects in the Chukchi Sea are not competitive within its exploration portfolio. This will effectively eliminate any near-term plans for Chukchi exploration.

​​ConocoPhillips has always placed the highest priority on care for and protection of the environment. Over the years, we have developed innovative technology that minimizes our effect on the environment of this inimitable land. We have also worked to ensure that Alaskans benefit from our efforts – not only in the form of a solid economy, but also through improvements to communities, human service resources and education.

We believe Arctic exploration and development must be conducted at a measured pace that matches available technology, with major emphasis on environmental stewardship. The only way to truly protect the environment is to understand it – and to understand it you have to study it. That’s what ConocoPhillips has done for many years and intends to continue doing in the future. In 2014, we engaged more than 60 scientists to conduct a wide range of studies on topics like ocean acoustics, tundra vegetation, mammals, birds and fish. Our ongoing world class research programs help us understand the environment and identify better ways to protect it.

We work cooperatively with local communities and agencies, along with other stakeholders, to ensure that we monitor and track changes to the ecosystems where we operate. To date, our studies have shown that impacts to the animals that call the North Slope home have been minimal. ConocoPhillips remains committed to pursuing good science and we consider our environmental studies program “world class” within our industry.

Read more about environmental studies and initiatives in Alaska​.